Background: Hydrogen sensors are micro/nano-structure that are used to locate hydrogen leaks. They are considered to have fast response/recovery time and long lifetime as compared to conventional gas sensors. In this paper, fabrication of sensitive capacitive-type hydrogen gas sensor based on Ni thin film has been investigated. The C-V curves of the sensor in different hydrogen concentrations have been reported.

Conclusion: By increasing the hydrogen concentration from 1% to 4%, the response time for MOS sensor (20nm oxide thickness), was decreased from 28s to 21s. The recovery time was inversely increased from 237s to 360s. The experimental results showed that the MOS sensor based on Ni thin film had a quick response and a high sensitivity. 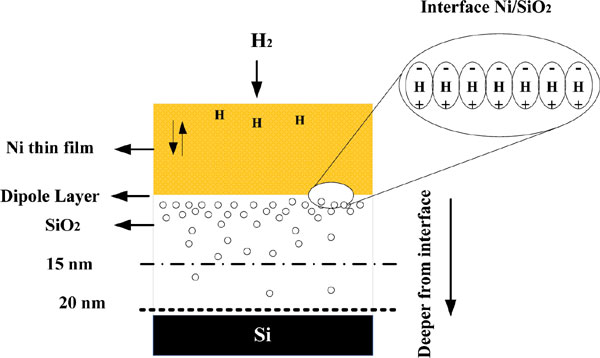