Conclusion: Prussian yellow film, one of Prussian blue close analogues prepared in a simple and very facile nonelectrical method can be used as a robust cathode with highly reversible redox reactions that enable this material to be used as a cathode in battery of potassium aqueous electrolyte with Zinc anode. Battery has a significant cycle life (~500 cycle) and satisfactory capacity of 142mAhg-1 at rate of (~3C) with efficiency retention of 82%. 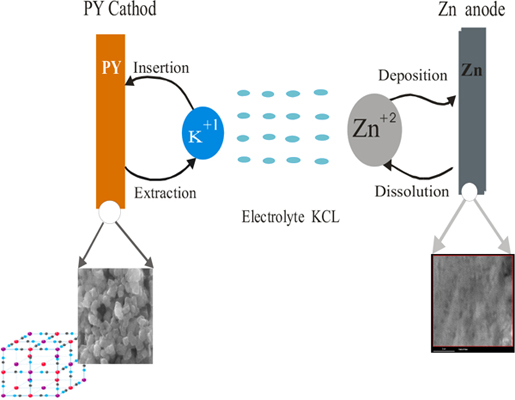